This year I have really fallen in love with pumpkins and squashes. I am feeling the Autumn Vibes. 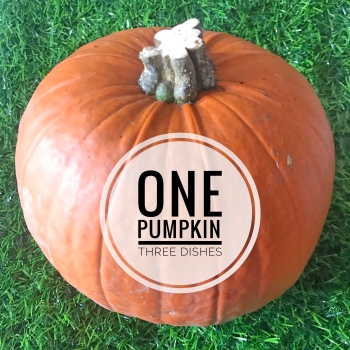 For the recipes below I used 1 squash & 1 cooking pumpkin. I could not get hold of pumpkin purée and made it myself. Yes, it is a task cutting the squashes and scooping out the seeds but I guess the end product is much fresher?

TIP: I found the grapefruit knife worked well to get the seeds out of the pumpkin.
To make purée, just clean, scoop and cut the pumpkin/squash, drizzle with oil and cook at 180 degrees for 40-60 minutes. Once soft, blitz the pumpkin to form a puree. 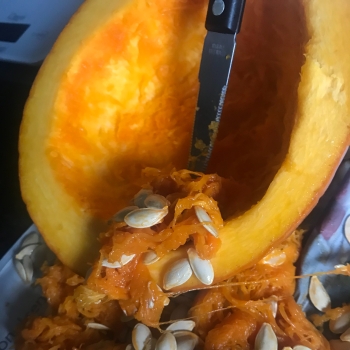 Recipes made with 1 squash
Pumpkin/Squash Spiced Cinnamon Buns
Makes 8
I made pumpkin spiced cinnamon buns using squash. I followed Chrissie Baker’s recipe for the actual buns and  Anna’s frosting recipe. I took my spiced buns to a Cake Club and they did go down a treat. One improvement I would make is just grease the tray and not add a drizzle of maple syrup as per the recipe. I felt this made the buns a bit more sweeter than I would have liked. 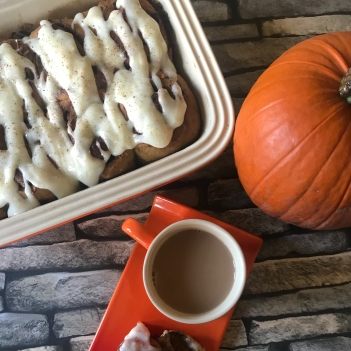 Recipes made with 1 pumpkin

Recipe from Julianne (Beyond Frosting)
I used half the recipe because I wasn’t sure how they were going to turn out. The cupcakes turned out so flavoursome and definitely very moist; I wish I had just made the full batch (24 cupcakes)
I had some frosting left over from my spiced cinnamon buns and used that to give the cupcakes a little bit of a glaze. I added some more cinnamon into the icing to give it that extra spice.

Recipe by Sarah from Well and Full
I love pasta and could have it for every meal, so it was only apt that I made an autumnal one.

Recipe change: I didn’t have any fresh basil and used fresh oregano instead. Stronger herbs work well with pumpkin and give it a nice lift.

The end result was a delicious warming and creamy pasta. 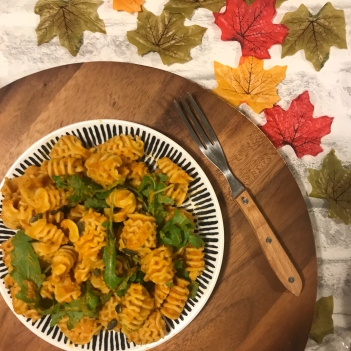 3. Pumpkin Soup
Serves 2
Ingredients
1 sliced onion
2 cloves garlic
1 peeled and chopped potato
2 cups of cooked pumpkin (This ended being what was left after I made the pasta and cupcakes)
750 ml vegetable stock ( Stock cube mixed with water)
Salt and Pepper
Decorating: Creme fraiche and fresh herbs
Method:
1) Heat oil in a pan and sauté the onions until soft. Add in the garlic and cook for a further 5 minutes
2) Add in the stock and potato and bring to boil.
3) Once the water is boiling, lower the heat and let the potatoes cook.
4) Once cooked,  add in the pumpkin and let the mixture cook for about 5 minutes
6) Blitz the mixture to form a creamy soup and season with salt pepper
7) Serve and garnish with a swirl of creme fraiche and a sprig of herbs & Enjoy
I had mine with some pumpkin and honey rolls and it was delicious.

That’s all for now I think! Time to tuck into those cupcakes.
Hope you are enjoying all the Autumnal Eats.
Neha xx

Searching is in progress

don't miss out on future posts