I have been on the lookout for a supper club near Leicester for a while and when the Ramen Supper Club by Kwoklyn Wan popped up on Facebook I had to get booked in.

The supper club was £20 per person (no drinks included) and was at The Bar by Kwoklyn Wan, on Fosse Road North. The Bar is Fully Licensed Bar serving a selection of Chinese Rice Beers, Mixers and Fizz.

Three of us walked in and took a seat by the counter. The ambiance was relaxed. We had a full view of the Chef preparing the food and thinking about it now I am sure it was the best seat.

The aromas were floating around making me really hungry. After popping a bottle of Prosecco (£18) and having a catch-up, as you do, our starters came out.

We had one vegetarian in the group and it was nice to see the dishes looked similar to the non-vegetarian ones which I think is always a good sign.

Chicken Yuk Sung: Delicious pieces of Cantonese chicken with cashew nuts, water chestnuts, onion, carrots, ginger & spring onion served on an iceberg lettuce. The dish was juicy and paired with the crispy lettuce two of these went down a treat.

The vegetarian option was Cauliflower Yuk Sung. It was made in a similar way and was enjoyed by Trina.

The starters and main were paced well and we were ready for the Ramen when it came out.

Dimple and I had the Soy, Honey and Garlic Glazed Pork Ramen with a perfectly runny boiled egg on top. The rich broth was spot on- it was full of flavour and comforting. The portion size was generous and however much I tried I was defeated. I did only leave some noodles. There was no sign of the juicy Pork or Broth (the main bits).

Trina had the Five Spice Mushroom Ramen and she said it was delicious too. Despite no meat in the broth, it was fully flavoursome.

For £20 per person, the mean was good value for money especially as we got to talk to the Chef, Kwoklyn Wan. His story is inspiring and I cannot wait to visit another one of his Supper Clubs.

Kowklyn Wan is a 3rd Generation Restaurateur and Chef. His first book ‘Chinese Takeaway Cookbook’, was commissioned and published by Quadrille Publishing and released to an eager public in the UK on 24 January 2019 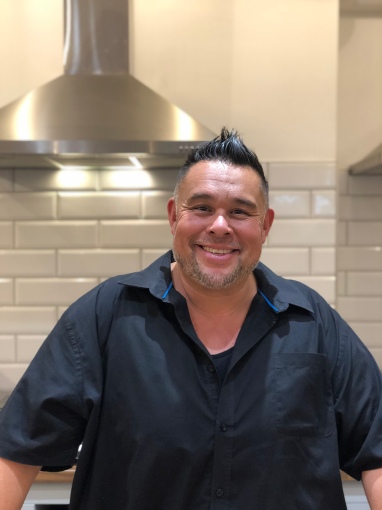 Have you been to any supper clubs?

0 thoughts on “Supper Club at The Bar by Kwoklyn Wan”